A unique platform for publishing online open-access refereed journals of the highest quality and significance in all areas of Academic Research and Technology. 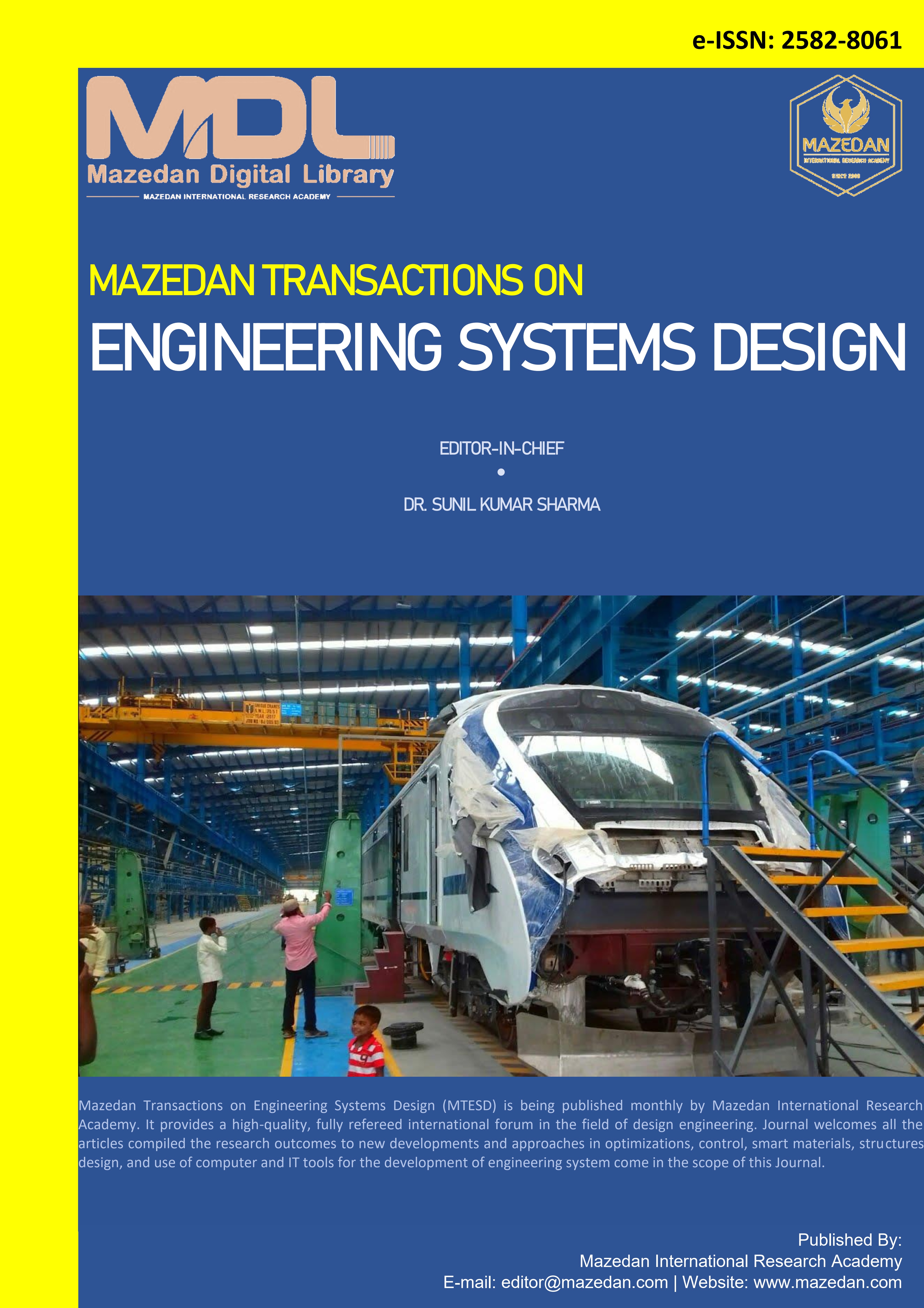 Mazedan Transactions on Engineering Systems Design (MTESD) is a bi-monthly international journal, being published in the months of January, March, May, July, September and November by Mazedan International Research Academy (MIRA) since year 2020. MJEV provides a high quality, fully refereed international forum in the field of Engineering System Design, fabrication, modeling and control. Journal include all the new developments in system engineering. The welding technology, new materials research and optimization techniques also come in the scope of this Journal.

Papers for the regular issues of the journal can be submitted, round the year, electronically through Mazedan Journal Management System (JMS). Paper will immediately be online after the final acceptance. However, the Volume, Issue and DOI allocate later; and the author will be intimated accordingly. For Theme Based Special Issues, time bound Special Call for Papers will be announced and the same will be applicable for that specific issue only.


The Scope of the journal is system design in Computer Science & Engineering, Information Technology, Electrical and Electronics Engineering, Electronics and Telecommunication, Mechanical Engineering, Civil Engineering, and all interdisciplinary streams of Engineering Sciences, to impart a platform for publishing results and research with a strong empirical component, to create a bridge for significant gap between research and practice by promoting the publication of original, novel, industry-relevant research, to solicit original and unpublished research papers, based on theoretical or experimental works.

A top class editorial board. The team belongs to the world class universities with a high research background.

He is serving as an associate editor for many international journals including Smart Materials and Structures, and Journal of Intelligent Material Systems and Structures. He has received numerous awards regarding smart materials research field including Best Paper Award from Institute of Mechanical Engineers, UK and Distinguished Young Engineers Award from National Academy of Korea Engineers. His research interests are control applications using smart materials such as electrorheological fluids, magnetorheological fluids, piezoelectric materials and shape memory alloys. He has published more than 330 refereed international journal papers and two books in the area of smart materials and their applications;Piezoelectric Actuators : Control Applications of Smart Materials(ISBN : 978-1-4398-1808-4) ,April 2010, Taylor & Francis Group CRC Press and Magnetorheological Fluid Technology : Applications in Vehicle Systems (ISBN : 978-1-4398-5673-4) ,November 2012, Taylor & Francis Group CRC Press. He has also served as program committee and co-chairman for many international conferences including the SPIE Smart Structures Conference and the International Conference on ER Suspension and MR Fluid.